I've been obssessed with computers and games from my earliest memories to now. I tried to learn how to code when I was a preteen but couldn't figure it out until a couple years ago. It's never too late to learn something new. Here are some things that are important to me.

Like a lot of 4chan irony poisoned teenagers turned furry, I initially joined the furry fandom as a "" joke "" but then it became a real interest after I met many creatures who were and still are special to me. I had always loved cartoon creature characters and related to them more.

I built a dactyl keyboard in 2020 and have been using it exclusively ever since. [Pic] I'm working on making a new one. I use Colemak layout instead of Qwerty. Qwerty is just terrible and encourages you to float your right paw around over the keyboard instead of actually staying on the homerow. J and K are some of the least frequently used letters in English, and they get put on the homerow for some reason. Colemak and other alternative layouts try to arrange the letters in a sane way. I specifically picked Colemak to learn instead of Dvorak or others because ZXCVB are all in the same spot as Qwerty, which makes using a computer easier. (Undo, Cut, Copy, Paste)

I also use Linux exclusively, with Manjaro + KDE. I have not needed to make any major changes to my software habits to switch from Windows. Here is a list of things I do on Linux that you might not know are possible:

List of Underwhelming Linux Accomplishments. These are just things I do on Linux that I don't think are special, and things that work but are slightly more of a pain to do than on Windows.

List of Linux Failures. I have tried to do these things but no matter what I could not do them, but would be trivial on Windows. 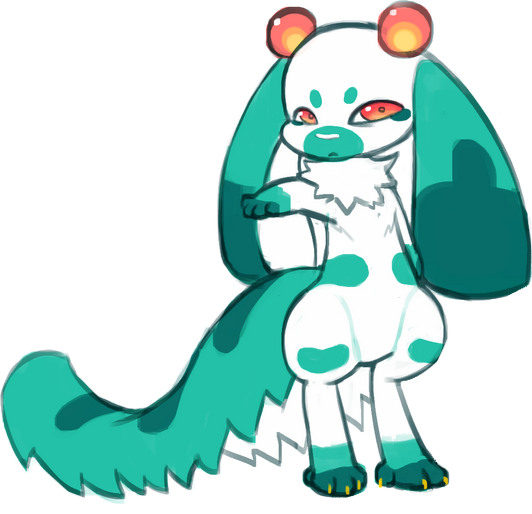 My fursona, Miles the Kiophen

Miles is a kiophen from Den. They're a gliding delivery kiophen, and travel between branches of the great tree to make their deliveries. They're kind of a loner due to their job which prevents them from staying in one place for too long, but they don't mind. They like making their rounds and catching up with kiophen they know once in a while. I like worldbuilding kiophen, but have no current intention of making anything else out of it other than designing kiophen and their world.


Gelmew is a Mew from some other universe who had to give up their original physical form in order to survive in this universe. They make themselves out of a gel substance which they assemble from physical material in their surroundings. They have a core that they anchor to their body in this universe, but can unanchor themself and let their body collapse if they need to "teleport" away. They don't emote with their face much and don't talk much either. 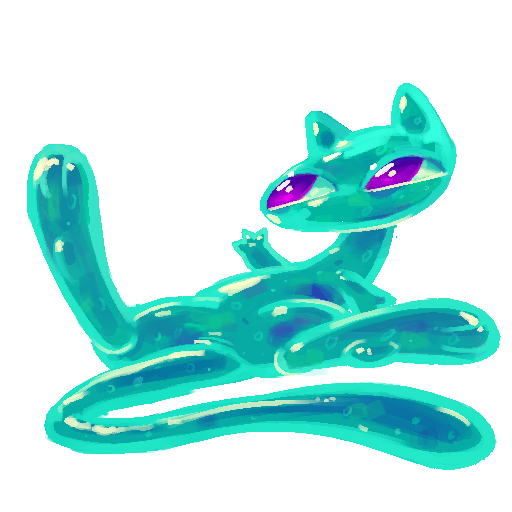 
My favorite color is cyan, the color between green and blue. Most people think cyan is just light blue, but it's its own color. Most people haven't been raised with the vocabulary to distinguish between cyan and blue. Noticing people refer to this color incorrectly is probably my only personality trait.

Cyan is the base hue, some tones of cyan include teal, turquoise, and aqua. I've heard that in some places, bright cyan is called 'neon blue'. I can accept this over calling it light blue..

When you put them side by side like that, the light blue can look like lavender, but it's literally pure blue with white added to it. Here's 256 randomly generated shades of cyan.

I like the Y2K aesthetic. I hope there is a revival of the 2000s consumer design aesthetics. Specifically, translucent and rounded plastics, blobjects, cyan-orange-white color schemes, gels, translucent inflatables, translucent materials in general, and holographic materials are some of my favorite things.